I need very accurate Polygone data, and I’ve worked with Safegraph Geometry data before, which seems to be off when it comes to the shape of buildings at several POIs. I was hoping to use Open Street Map Polygone and then add Placekey to OSM so I could match my data.
The pink polygon, for example, belongs to Safegraph, whereas it is quite different with OSM (the yellow one). For my work, I need a very precise polygon. I have an OSM building ID, but I don’t have any other fields. I tried QGIS to add addresses to the OSM layer and use the current tutorial to add Placekey to OSM, but I could not get any matches when I joined OSM Placekey data with Safegraph Pattern Placekey data for New York City. 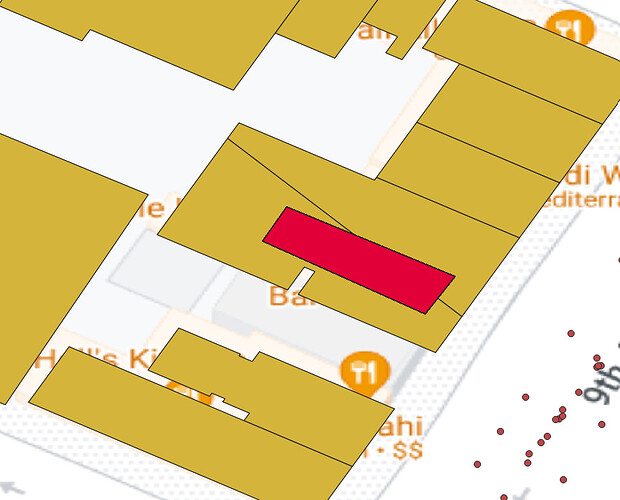 image887×715 106 KB
I’ve found a similar question below, but I could not find any solution for that. I was hoping someone here had any suggestions.

Has anyone done work to facilitate retrieval of OSM building IDs based on Placekey or POI name + address? General Discussion

Hi, has anyone done work to facilitate retrieval of OSM building IDs based on Placekey or POI name + address? I’m playing with Unfolded Studio where Placekey is natively supported, and that’s great to map things such as census data, but I’d like to map 3D buildings on top of that and color them based on some columns in my dataset. Any pointers or help appreciated. I’ve been looking at querying Nominatim but was wondering whether someone might have done something similar already, starting from Pl…